The Book
The Author

Since the Howard government, Australia’s per capita growth rate has slumped and wage growth has been anaemic, while housing prices have skyrocketed relative to household incomes. Commonwealth net debt has surged; the nation’s birth rate has fallen to its lowest level ever, presaging serious problems with population ageing; and Australia has become much more vulnerable to an economic shock than we were prior to the Global Financial Crisis.

In response, however, much of our national economic policy debate has been shallow, philosophically incoherent, impractical, or focused on commitments off in the “never‑never” rather than on concrete near‑term proposals.

In contrast, this book lays out a coherent, comprehensive yet politically achievable economic agenda for a resolute federal government for the next three to five years. Encompassing immigration, the housing market, higher education reform, federal‑State relations, energy policy, workforce participation, welfare reform, budget repair, monetary policy and financial system regulation, the chapters within demonstrate that good government, which addresses our key economic problems and yet earns the respect and support of the Australian people, is possible.

Andrew Stone has worked in economics and public policy for the past 25 years. He spent five years at the Commonwealth Treasury, and just over a decade at the Reserve Bank of Australia, before working for nearly five years as Chief Economist and senior policy advisor to the Hon Tony Abbott (as Opposition Leader and then as Prime Minister). He is currently a private consultant on economic policy issues.

Prior to switching to economics, Dr Stone trained and worked briefly as a mathematician, receiving a Bachelor of Science with first class honours (and a University Medal) from the Australian National University, and a PhD in pure mathematics from Stanford University. He also holds a Graduate Diploma in Economics from ANU, and has published articles in a range of mathematics and economics journals, as well as the Reserve Bank’s Research Discussion Paper series. 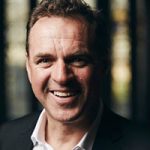 “This is an ambitious program of structural as well as fiscal reform. Let us hope there are politicians willing to take the risks inherent in such a radical strategy.” 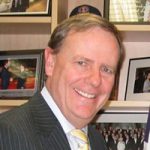 “Andrew Stone reminds us that improving productivity is the key to future living standards in Australia. He identifies a range of areas where this could be examined. The hard work of economic reform cannot be done without explaining the options and building public support.” 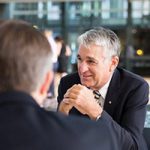 “This meticulously researched and clearly written book provides high-quality ideas for refueling the vital policy debate that we must have if we are not to fail our children and grandchildren. They face flatlining incomes, higher taxes, and increasingly unaffordable housing and Andrew Stone not only helps us understand the lessons to be learnt from a decade of suboptimal public policy, but vitally, provides us with pragmatic advice on how best to move forward.” 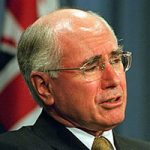 “Andrew Stone has undertaken the difficult task of arguing in detail for a range of economic reforms. That he has done it at a time when, in the eyes of some, reform is in the doldrums is all the more praiseworthy. His analysis of the housing issue is impressive.”

In discussion with Dr Andrew Stone

An interview by John Anderson

Don't miss out on this comprehensive and pragmatic volume of economic thought. Purchase your copy now.